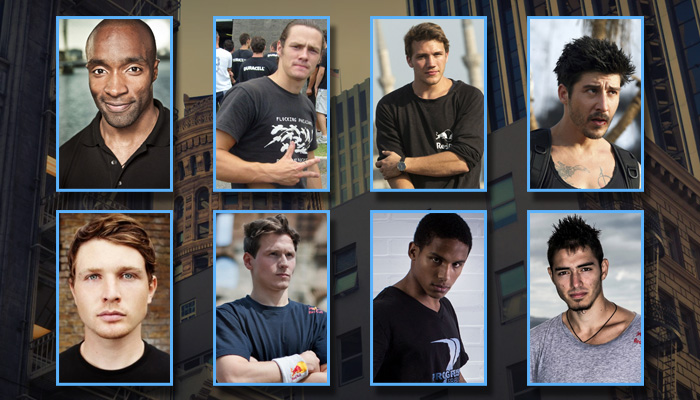 Over the last couple decades, parkour has gained popularity as it has been expressed by many talented  parkour traceurs from around the world. From the very first team out of France, the Yamakasi that displayed their talents for the first time on air in 1997 until now, many other people have trained hard in the sport and have made a mark in the sport.

Here’s my list of the best traceurs in the parkour world. 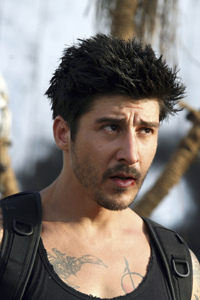 The father of parkour, who first learned of it from his father Raymond Belle. He was the first, but later co-founded the first team with friends and family, Yamakasi. He is considered a living legend. He left his team some years ago to become an actor, and has since been successful. He has been in films, and has also worked as a stunt coordinator.

He was co-founding member of Yamakasi, and is the founder of the freerunning style. He has also appeared in films. He’s brought a lot of recognition to the sport in recent years with his appearances. He does public speaking on the sport and stresses quite heavily the need for training in order to maintain safety, and values, in the sport. 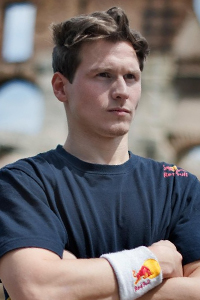 Former member of the famed team 3Run, which is one of the oldest parkour teams out of Britain, and are Guiness record holders. He specializes in parkour that has hints of martial arts and tricks. He was one of the first traceurs to be sponsored by a major corporation. He works with the Red Bull Art in Motion Competitions, and has actually won them twice. He won in 2007 in Vienna, and in 2011 in São Paulo. If you can catch one. He does the rare tutorial for beginners that is said to be very well explained. He is one of the co-founders of the World Freerunning and Parkour Federation. He has only recently ventured into the film industry, but perhaps in the coming years he will be seen more. 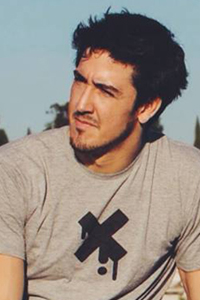 One of the other co-founders of the World Freerunning and Parkour Federation. He is considered to the one of the most recognizable traceurs due to his creative style. He invented a move called the Wall Spin, and the Kong Gainer when he was only 19. He’s well known for his power, and world class in agility and speed. He did a video on the subject of the philosophy of a traceur, and while it was his own thoughts it was widely considered to be values many others could agree on.

He is well known for his one-armed hand stands, a move that takes immense upper body strength. He is founder of Storm Freerunner. He won the Barclaycard World Freerun Championship in 2009. He has done numerous TV appearance to represent the sport. He has made quite a name for himself, and has done quite a lot in bringing recognition to the sport. 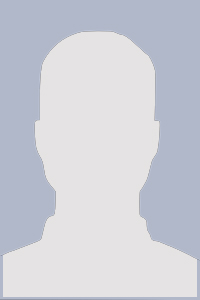 Head Trainer of Parkour 59 – Urban Move. A bit of a mystic warrior. He’s the type to do jumps and drops that just don’t seem physically possible. It’s his standard policy to not allow students to perform jumps for the first two years under his tutelage.  He’s a very hardcore traceur. To those that known of him, you might as well call him Yoda. 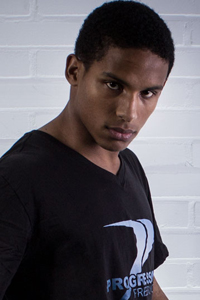 Some traceurs come along that understand finding the path, and they do it like they’re born to it. He’s been described as flowing water if you watch him. He flows so naturally. He never misses a trick, and it’s always very clean. He took 5th place in the Red Bull Art of Motion, Santorini in 2012. In 2013 he took 1st in the European Freerunning Challenge for Style, and 2nd place for Speed. He’s a member of the Lisbon Line Team, and an athlete for J.U.M.P. Freerun. 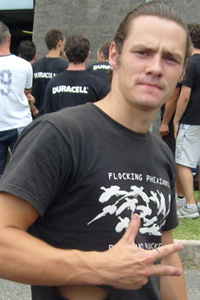 He’s one of those guys that was doing this sport before he even knew what it was. He’s an original. He’s also a daredevil, and is well known for his climbing. Parkour only came later, and was something his friends introduced him to. His climbing videos are well known since the early 2000s, and some of his other work made the rounds in Russian media as well. He was slowly introduced to parkour as his climbing ventures gained more publicity, so he was different from the others in that way. But he definitely has all the skills necessary to make it work, and quite well at that. He is one of the more blessed traceurs out there considering his odd beginnings. He is one of the more well known out there, and has done as much screen work as some of the more veteran traceurs. He is a member of the Dvinsk Clan team, and is currently an athlete with the World Freerunning and Parkour Federation. 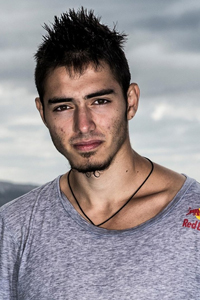 This traceur won the Red Bull Art in Motion in 2015 in Greece. He was one of those that got into it because sports weren’t for him, but he still wanted to be active. So he took up freerunning and parkour. He’s quite devoted to the sport, like many of the early traceurs. It’s a lifestyle. He’s also a sponsored athlete with the World Freerunning and Parkour Federation. He and other like-minded friends started a group called Team Focus to share their passion for the sport. 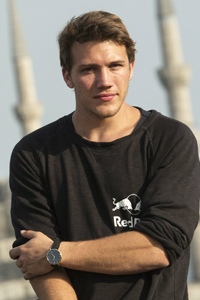 This man won the Red Bull Art in Motion the 4th year they ran it in 2010 in Vienna, Austria, and in Boston, USA. He also won in 2011 in Japan. He came a close second in 2009 in Helsinborg, Sweden, and again in Tampa, USA in 2010, and in 2011 in Brazil. He’s been described as the one who likes to have fun with parkour, like a child on a playground. At the same time, he’s precise and always clean. He discovered the sport after watching a documentary on the subject, and never looked back. He’s known for the videos that he makes, that always have a bit of playfulness to them. One of his more well known ones featured him jumping from one shipping container to the next just as they tipped  like dominoes. They’re always spectacular to watch!

So that’s my top 10 favorite traceur. I know some of you might not agree with the list. You have your own favorite in mind.

You might also want to check out my ultimate guide: